The Watchers by Joseph Coelho

This is a poem that features in my poetry collection Overheard In A Tower Block, illustrated by Kate Milner. The poem is inspired by the fear I had as a child of three statues that I could see from the balcony of my tower Block in Roehampton. My friends and I called the statues ‘the three witches’, and we would never go near them. My fear of the statues reminded me of a poem by Walter De La Mare called The Listeners. The Listeners is one of my favourite poems, it’s very creepy, you can read it here…

I was inspired to create my own creepy poem inspired by my fear of the statues and my love for The Listeners poem – it seemed fitting that The Watchers were named such and so I made ‘sight’ a focus in my poem where as ‘listening’ is a focus in The Listeners.

I now know that the statues are a work of art called The Watchers By Lynn Chadwick and I no longer find them scary – I actually quite like them and have a photo of them hung up in my study. In Overheard In A Tower Block Kate Milner has drawn just two of the statues and there’s good reason, in 2006 one of the statues was stolen, you can read all about it here…

I hope you enjoy the poem and maybe it will inspire you to write your own  poem inspired by a statue.

Share
6 Likes
BooksIf All The World Were...
Watch & ListenEastbourne by Joseph Coelho 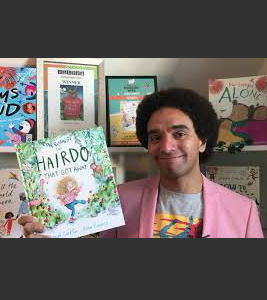 Joseph Coelho reads The Hairdo That Got Away, illustrated by Fiona Lumbers 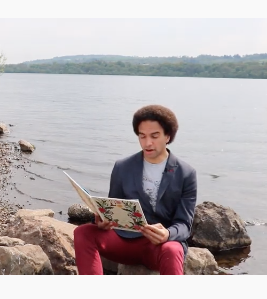 Poem for May from A Year Of Nature Poems 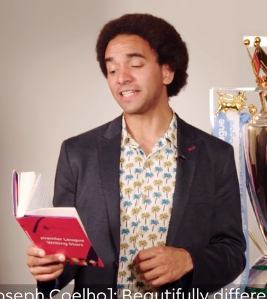