I got several surprises at Blackburn Library the first was getting to pose with Marshall from Paw Patrol. Marshall is part of the paw patrol trail around Blackburn, there are 15 around town to find!

The library building was originally a department store – still with original lifts opened in the 1970’s by Harold Wilson.

My second surprise was being shown around the libraries archives that are currently being digitised by an Army of volunteers you can find out more at cottontown.org. Among the archives were boxes of newspapers clippings of obituaries of those who lost their lives during the wars. Some families had decided not to make their losses public and so the volunteers are having to dive deeper into the archives to get a full picture of the total loss of life in the blackburn area.
Massive thanks to Mary Painter and Andrew Orr for showing me around the Library and giving me my new card which I used to borrow #HandasSurprise by #EileenBrowne. 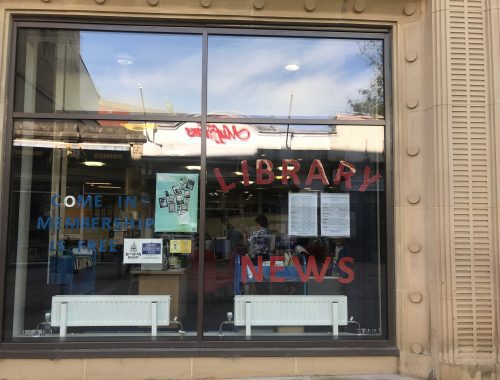 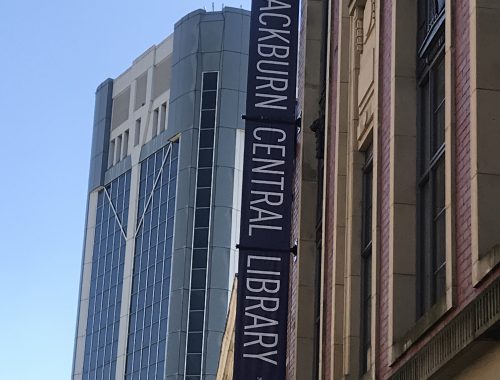 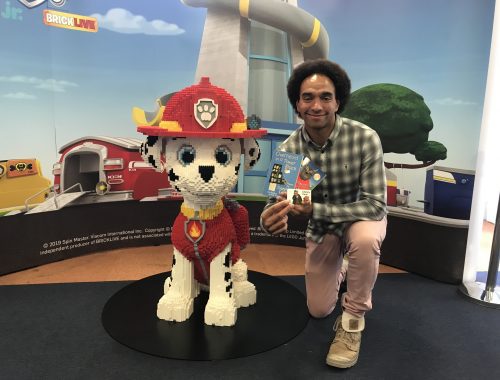 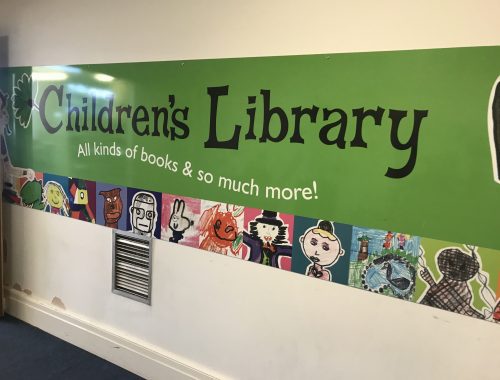 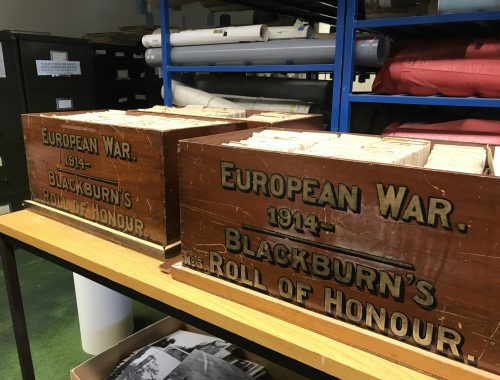 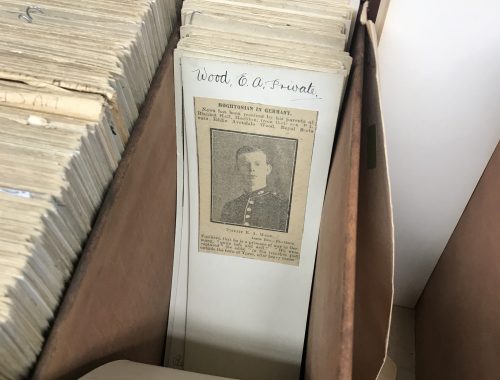 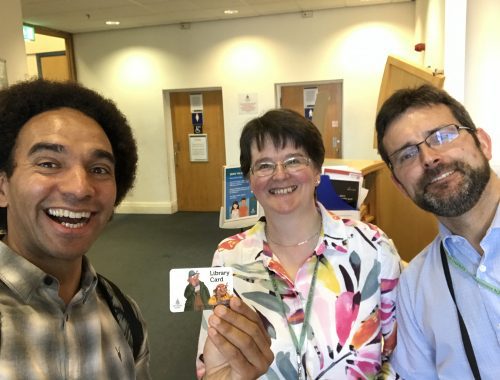 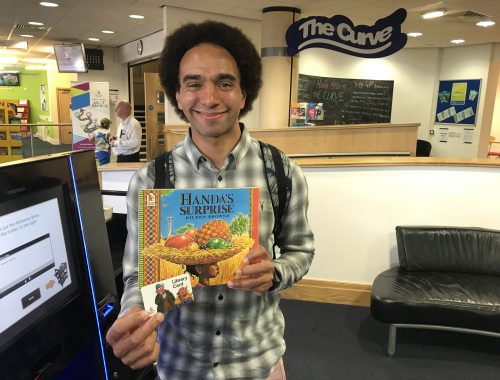