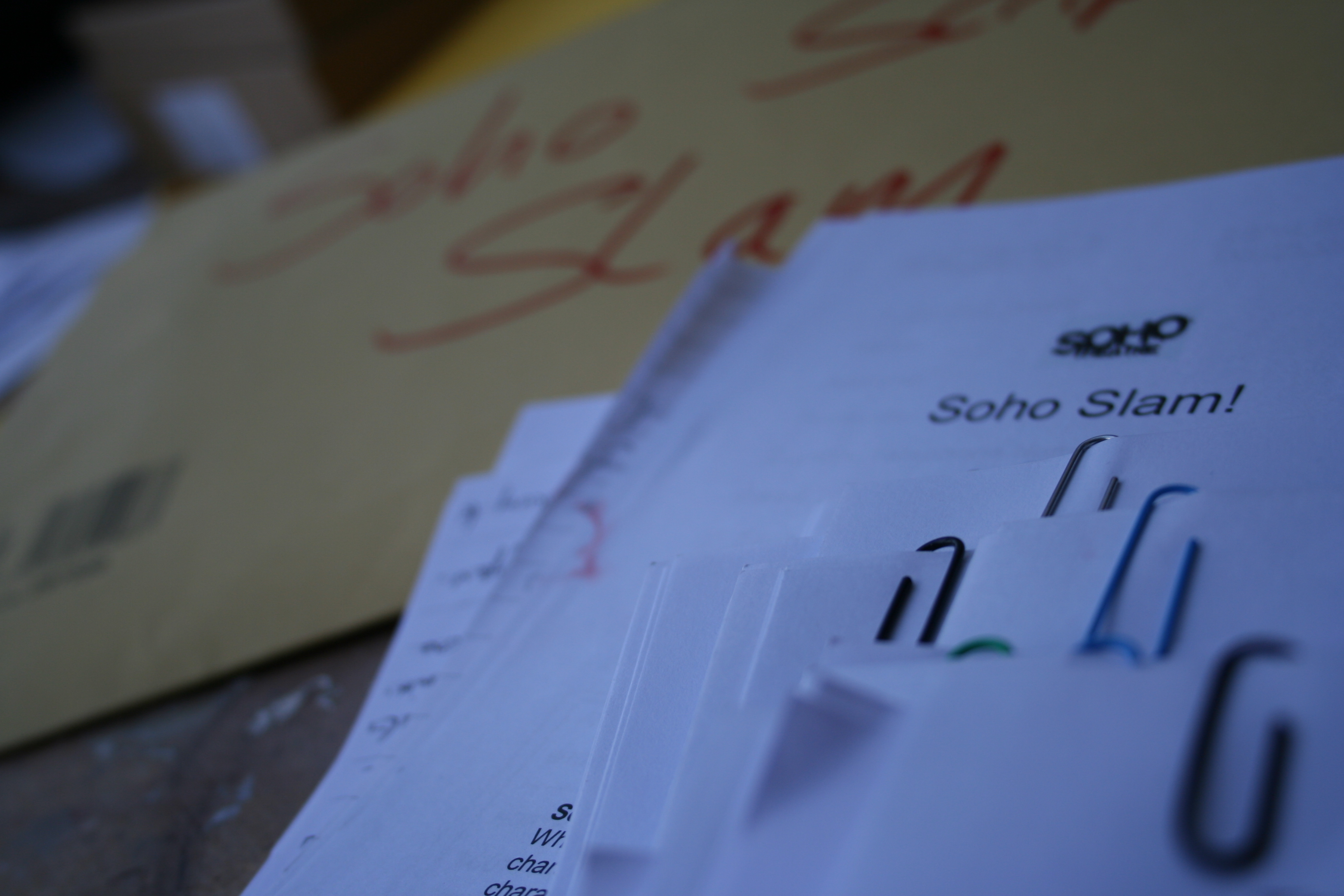 The story arc has many guises and forms but is a great way of getting young people, or those new to writing into the habit of forming a strong story. The one I often refer to is an 8 point arc which I first heard about from Leone Ross at an Arvon residential many moons ago.

Inciting Incident – something happens to turn the characters life upside down.

Desire – The character wants/needs something as a result of the inciting incident.

Problem – someone or something is stopping the character getting what they want or need.

Resolution – The character overcomes the problem.

Climax – The character is at the point when they either will, or will not get their desire/the thing they need.

Reversal – Something fundamental has changed as a result of the climax.

Conclusion – The character has learnt something from their journey.

With the group I’m currently working with we spent the first session looking at character and theme, the second session looking at story structure and how that can apply it to character and theme and the third session writing the first five scenes according to the arc created in week 2. In order to keep the writing lively I devised an activity to prepare the students for each scene which they then wrote under timed conditions (I gave them just 5 minutes muhahaha). Here are the actvities.

Routine – We brainstormed the everyday activities that members of the group engage in and talked about which activies had legs for the beginning of a play. Some of the activities they came up with included, clubbing, working out at the gym and doing the journey to/from work. Taking clubbing as an example we found that this activity could be broken down into many sub-activities from friends dancing to under-aged attendees being kicked out and decided that the activity chosen to start a play must reflect the personality of our lead character. A play that starts with a routine of someone being kicked out of a club will be very different from one that starts with friends dancing! Once they had fully thrashed out various routines I gave them just 5 minutes to write their routine scene. They had to finish their scene in that time regardless of how much they had written – this forces the students to get their scene to somesort of an end and goes a long way in stopping that writing demon – the internal critic.

Inciting Incident – For this scene I broke the group into pairs and threes and asked them to find a corner and spend 10 minutes telling each other about an exciting time in their life. Once done they had to create a frieze of each person’s story. When we all came back together we looked at the friezes and discussed what we thought was happening in each one and trying to come up with an inciting incident that would explain the frieze. The variety of ideas we had for each frieze was fascinating and it soon became clear to everyone that an image on stage can conjure no end of stories. Once we had discussed the various possibilities I got the group to note down anything that struck them about any of the friezes, it was only after this that we found out exactly what inspired the friezes. The group then once again had just 5 minutes to write their Inciting Incident scene but this time they had to focus on the main image in the scene. This led to some really interesting scenes from baths falling through ceilings to adulterers being found in bed!

Desire – For Desire I asked volunteers to sit in front of the rest of the group and talk for  one minute about something they were either passionate about or felt they needed. The rest of the group had to simply listen and note down the language the volunteer used to describe their passions and needs. This exercise made it very clear that a characters passions and needs stem from a limited set of universal passions basic needs i.e. to be loved, to be heathy, to be wealthy. This was most succinctly exemplified by one participants need for a bike which had repercussions of every other aspect of their life (quick filmic reference “The Bicycle Thieves”) The participants also noted down some nice turns of phrase which I encouraged them to cherry pick and recycle for their own characters. Once done the group had five minutes to write a scene where their character describes their passion/need.

Problem/resolution – I grouped these two together by presenting the group with a problem – There is a boy stuck down a well – the landscape is featureless save for a river. How do you get the boy out using a bucket, an old lady, a dog and a deaf young man. I told the group that all “characters” must be used and that the characters have nothing else at their disposal (i.e. a rope) as they discussed the possibilities I asked them to note the language they used when trying to solve the problem and after five minutes asked them to agree a solution. We then discussed the process they went through. Several things were learnt through this activity the first was that the least obvious solutions were the most fun (i.e. sending the old lady down the river in the bucket to get help, making a rope out of dog hair etc!), that an obvious solution would have been boring (i..e if a rope or ladder had been available). The group also learned that is was very tempting to give the characters useless jobs just for the sake of it and made them very aware that the characters in their play must have an important role to play in the story and that if they do not have that role to play then perhaps they are not needed. Once done the group were asked to go home and write their problem and resolution scenes as homework (untimed) paying particular attention to how their characters solve their problems (i.e. what way would be most interesting to an audience) and to the language that the characters use whilst engaged in their problem and the resolution of it.

Climax/Reversal/Conclusion– This was covered in our forth session through a discussion about what makes a climax. I used the example of blowing up a balloon. If someone sits in front of you blowing up a balloon you will initially be pleased as it starts to fill with air and you watch the deflated rubber expand – but if the balloon blower doesn’t stop when they should, i.e. when the balloon is inflated but instead keeps blowing – tension starts to build, the experience becomes stressful as we wonder whether they will stop blowing or whether the balloon will pop – this moment is climax and in many stories the protagonist goes pop and the reversal is a deflated balloon and the lesson learnt is to know when to stop – a lesson that many protagonists learn from King Lear who pushes his daughters too far to the scientist in most sci-fi movies who decides to go one extra step too far.

Dialogue – With all our story points covered and time ticking away I took the group outside to do some work on dialogue. We headed for China town. The group took it in turns to listen to a pair have a conversation about the things they could see. This was an exercise I’d picked up from Noel Greig during a writing retreat. It brilliantly demonstrates how fluid conversation can be and how we often observe the things around us in the present to access and remember things that have occurred in the past. As the participants listened to the conversations unroll I challenged them to write down as much as they could. We ended up with dialogues that ranged from the haircuts of babies to discussions on how spare time is spent. Once done i asked the group to continue working on their scripts at their own pace and to pay particular attention to the dialogues that occur in their scenes.

The final session took place this thursday just gone and we were hugely fortunate in having two fabulous actors to bring the participants scripts to life. The participants heard their scripts read out and we then fed back to them as a group. The insight provided by the actors were invaluable and really helped the participants get to grips with the final changes to be made to their scripts. once they’d received their feedback and were clear on how to proceed i sent them off to a secluded corner to get their thoughts and new insights down on paper.

The Soho Script Slam will be on 13th June at Soho Theatre from 5:30pm