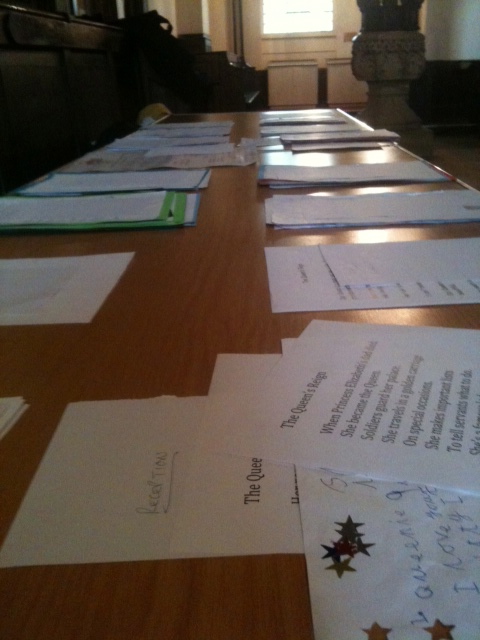 I spent the yesterday morning judging poetry at St Anne’s church in Limehouse. On arrival at this magnificent building I was presented with the daunting task of reading through 130 poems from seven different year groups (reception all the way to year 6) in five different schools all about the Queen’s Jubilee. The children were tasked with creating a poem of 60 words (one word for each year of The Queen’s reign) the pieces demonstrated a wonderful variety in approaches to this remit. We had poems written on flags, portraits of the Queen and even bejeweled poems. The quality was outstanding with students using similes, metaphors and rhyme aplenty – some even managing to find a rhyme to go with Corgies!!! Her Majesty will be pleased to know that she is ‘bold’ and not ‘old’ and ‘very caring’!

This was good practice for another competition I’m currently involved in with The Discover Centre and The Legacy List . Over the last few weeks I have been visiting schools all over East London and running them through sessions on how to create shape poems based on images of the Olympic Park including: The Olympic Stadium, the Arcelormittal Orbit, The Velodrome and the Aquatics Centre. The technique I demonstrate to the students has proved very successful in creating a wonderful finished product.

Here’s the example I created for the competition – mine’s based on Big Ben and not The Olympic Park Images to avoid any temptation of copying! 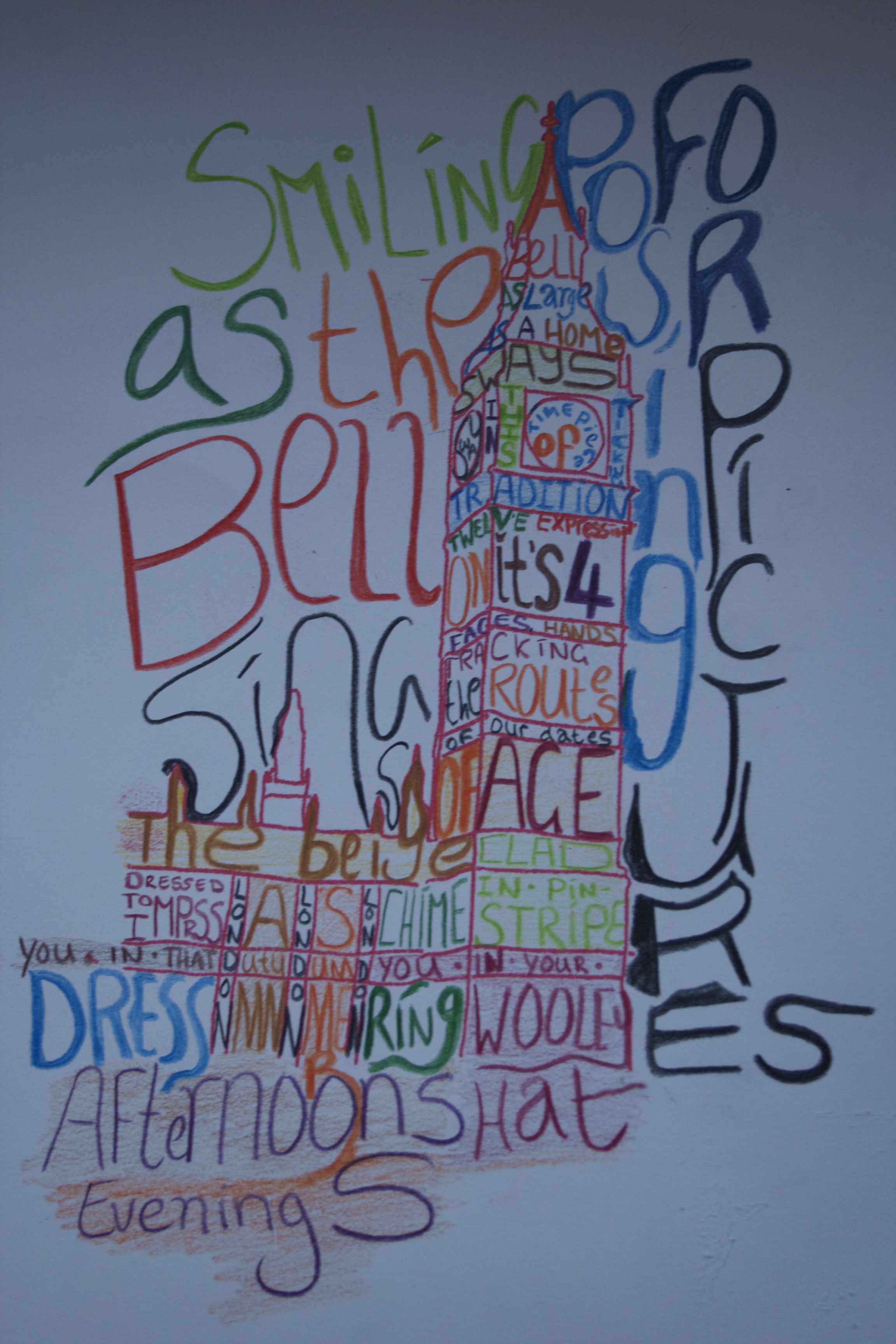 Big Ben behind you
A bell as large as a home
sways in this timepiece of ticking tradition.
Twelve expressions on its four faces,
hands tracing the routes of our dates.
The beige of age,
leaning proud as it poses for pictures
clad in smart pinstripe,
dressed to impress.
London autumn afternoons chime,
you in your wooly hat.
London summer evening ring,
you in that dress – as the clock sings.

Students have been extremely enthused by the concept of creating poems based on these images, imagining that they are cycling around the Velodrome or making their way to the top of the Orbit. I can’t wait until the closing date when I get to appreciate their artistic efforts and choose the 12 winners.