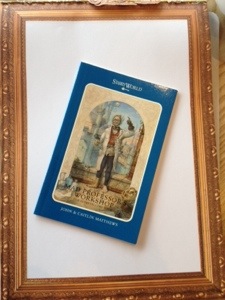 Here are my humble findings from over 12 years of running creative writing workshops in schools, theatres and community settings.

1) Inspiration is key
As a poet and playwright I tend to start a session with sharing a piece of work, it may be one of my own poems, a favourite poem from
Another poet, a picture, a photograph, and object. Whatever it is it must be key to the work you want the children to create. There is something magical about sharing a piece if work that you have created- it shows the class that you are serious about creating an equal sharing environment rather than just setting rules that they must follow. I believe it is too often overlooked how important ths is- and you don’t have to be a poet/published author/produced playwright just a human being willing to share something they have created. I often insist that teachers in my sessions often create work and the impact this has on the children is incredible- students love hearing work created by their teachers, teachers are hugely creative individuals and its a beautiful thing when that creativity is shared.

I tend to share my own poems however today I handed out a selection of story cards (www.storyworldcards.com) depicting characters, objects and places themed around The Mad Professor’s Workshop. The children read their cards out to each other before taking part in a one line story circle ( each child adds a line to the story) using the cards as inspiration.

2) Separate the composition from the transcription.

The ideas should be first drawn, discussed, acted out, moulded in clay, debated before anything is committed to
Paper- the aim is to get the children in a state where they NEED to write it down because they know what it is they want to write.

In today’s session the children shared ideas for what they would put on their very own cards. We spoke about the different sorts of things we could put on the cards i.e. A character from a Troll World, an object from a Pirate World.

3) Provide an interesting means of transcribing.

This can be achieved through a variety of ways, use giant pencils, large sheets of paper, paint brushes, stamps, dynamo label creators, unusual paper, different coloured paper. In the past I’ve had children write on Photographs with stamps, disposable science jackets with felt tips, giant scrolls of paper with giant pens.

4) Make the writing the secondary activity

The aim is to create a story/poem/ etc not to write one. The story can be spoken, acted out, drawn, story boarded. However if it is suggested to a class, in a conspiratorial way, that writing/labelling may help them to remember their story, you’ll find that they will write as if they’re breaking the rules 🙂

Today once the children had drawn their cards (on the gold framed paper, with a title and three questions about the card), they were put into groups to create a story using their cards that they would present to the rest of the class’s. Once they had started speaking and acting out ideas I passed some large sheet around for them to write their ideas down- one group had already sought out their notebooks to write their story as prose.

A story, a poem, a play is written to be heard so once written it mist be heard and it must be made clear that there is just as much value in hearing an initial
idea as there is in hearing a fully formed story. All writers work differently so whatever their output in the constraints of a “session” must be celebrated. Too often children stop writing out of fear. Any writing sessions should aim to make writing a fun, memorable, inspiring activity- they shouldn’t even realise they’re doing it. I’ve lost count of the number of times students have balked at me calling the session writing “that wasn’t writing” they scream clutching reams of notes, poems and stories.

Today my group acted out, read and narrated their stories about mechanical hands, mysterious football pitches and sentient slime.

In todays session i asked the librarian present for the dictionary definition of brazen, all the adults were close but none were spot on.

7) Writing can be your job

We’re brought up to believe that writing is a difficult, unlikely career- it’s not! And children need to know thy if they love writing stories, poems, reviews, essays, computer games… They can so that as a job. We are living in a world hungry for content and there is space and work for those who wish to make a career from their words.