Writing in the zone and greenhouses!

23 Jan Writing in the zone and greenhouses! 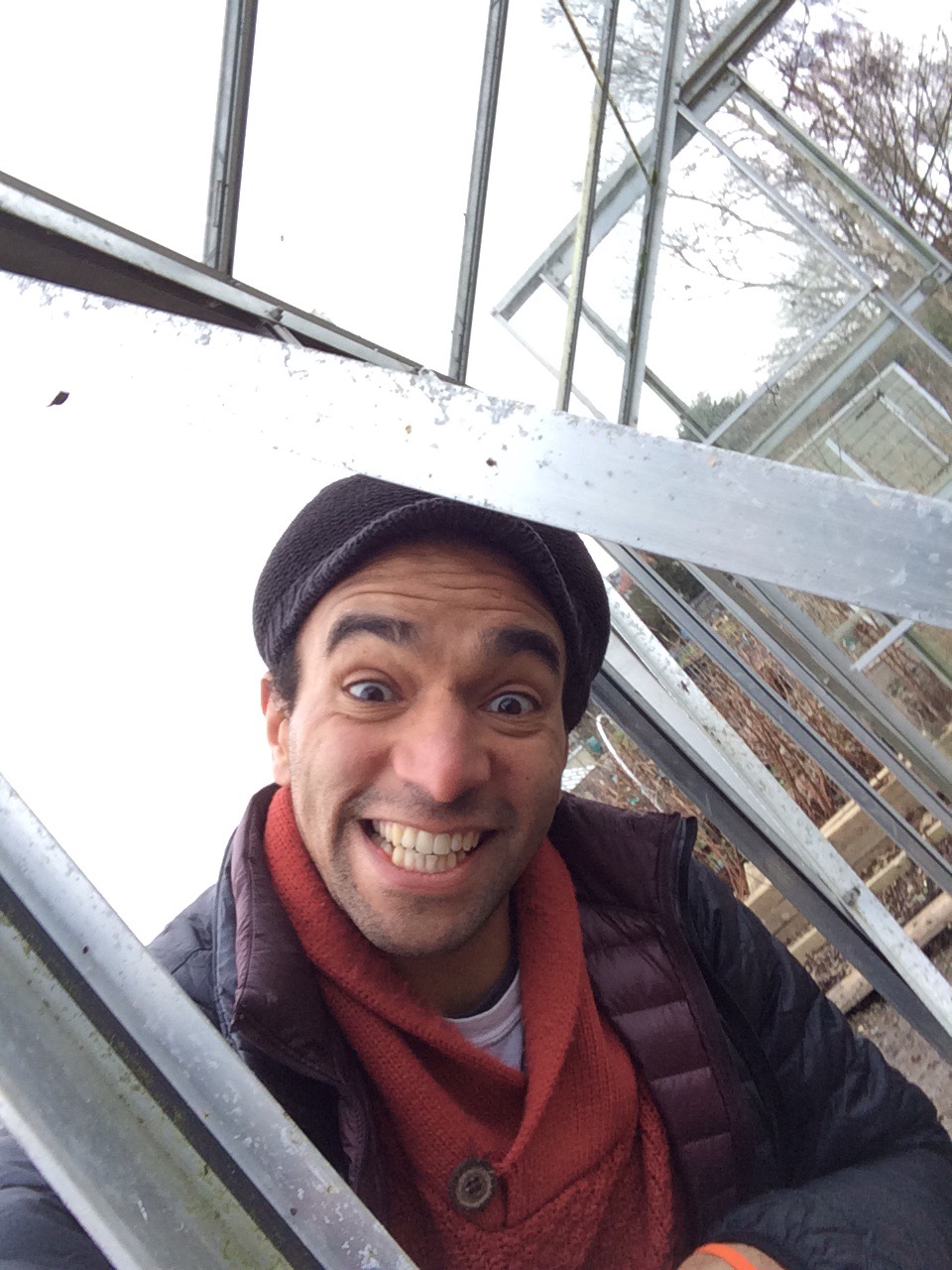 It’s been a reflective couple of days moving a greenhouse from one plot on our allotment to another.
Reflective because the act of de-glazing and re-glazing a flimsy aluminium structure require concentration. I had never before deconstructed and reformed a greenhouse and the task seemed daunting! “Where do I even begin!!!” I found myself exclaiming as I
tried to figure out how to remove the
mouse trap like clips from the panes of fragile glass without shattering them.

The first attempt seemed too hard, rain and snow was falling and so, brow-beaten, I returned home. After some youtube videos of “how to
build a greenhouse base” and “taking down a second-hand green house” I was none the wiser. The second day I tried again, but this time instead of worrying about taking a greenhouse down, moving it and then putting it
back up, I instead focused on one of four small clips holding one of 50 panes of glass in-place. With a bit of focused effort I found I could easily take them out. This, it occurs to me, is just like writing- so often the task of writing a poem, a play, a novel seems impossible, but if you focus on the small bits, one word at a time, it becomes easy or at least easier.

The thing with greenhouses is that they are filled with glass- glass can break, shatter and cut.

By day three I had de-glazed the whole structure and unfastened it from its rotten wood base I had also recruited help from my partner (also an artist) to move the denuded greenhouse and wash and transport the vulnerable individual panes. We found that when handling glass you have to be in the moment, you have to be “with” the glass and the few times we weren’t (three to be exact) were the times the glass broke, most often when holding a pane from one corner, expecting it to take to much of its own weight- likewise when writing if you slip from the moment, pile too much into a sentence, are not “with” the phrase, paragraph, line of dialogue, it can snap under its own weight.

We got the greenhouse finished and felt very Zen afterwards it was hard meditative work- very much like writing.

allotements, being in the moment, eritingtips, getting published, greenhouses, how to write, tips for writers, writing, writing and meditation